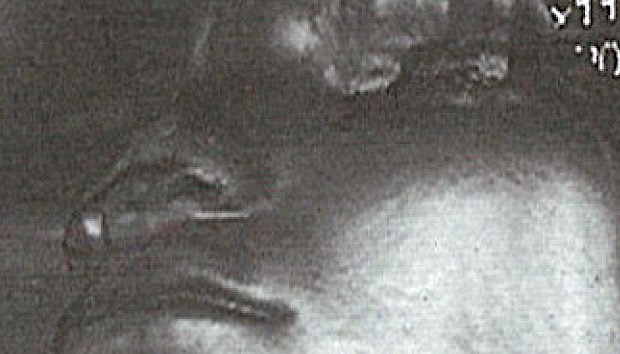 The mid-1990s pivoted on two diverging tendencies – an accelerating, frequently utopian embrace of digital and computer technology as a loss-less, frictionless ‘medium of the future’, and a parallel turn in many artists’ work towards the intractable, material reality of the human body, captured in contrastingly low-tech, often performance-based video. Film and Video Umbrella programmes from 1996 kept a weather eye on both, implicitly recognising them as two sides of the same, very contemporary, currency.

As well as the two additions to the Video and Performance series, profiling the work of Seventies pioneers William Wegman and Vito Acconci, No Pain, No Gain provided evidence of the staying power of the performance aesthetic, and how it could be captured on camera to even more dramatic effect. Heavy with feats of physical and durational endurance, and showing the body tested to its limits, the programme brought together classic, historical work by Chris Burden, Dennis Oppenheim and Marina Abramovic with new-generation artists such as Smith/Stewart and Gillian Dyson.  Never a Dumb Moment shared the same low-tech, performative idiom but with none of the high-seriousness.  Not smart, but consistently very funny, and often disarmingly clever, the offerings of this (underperforming) Class of 96, among them Alan Currall, Monika Oechsler, Sean Dower and Jonathan Monk, sounded a droll and infectious note of humour and absurdity.

Digital images predominated in two further packages this year. Fuzzy Logic 2 returned to the vibrant mix of electronic music, video graphics and sampled, heavily processed visuals that had characterised its predecessor in 1995’s The Digital Underground. Set to the pulse of Nineties headliners like Underworld, Tortoise and Aphex Twin, a number of short video pieces by Stakker, tomato and Subterrain were counterpointed by Erik Saks’ eerie half-hour opus Touch Tone: a discordant yet prescient voice from the darkness lamenting the atomised, alienated reality lurking behind the upbeat, unifying promise of the early internet. In the notes to FVU’s latest computer animation showcase – by this stage, Computer World 3  – it was suggested that the medium had discovered a new-found seriousness of content, belying its all-too-frequent fascination with technical novelty. Previous programmes had always valued ideas as much as virtuosity but here, in the works by Tamas Waliczky, Clea Waite, Christopher Landreth, Julien Dajez, and Richard Wright & Jason White, there was subject matter, and variety, aplenty. Lest we forget that the animator’s art reveled in observation, timing and humour, the pieces by Stephen Weston and Dominic Wright showed off this crowd-pleasing side.

If the ongoing tension between the material and the immaterial, between the embodied and the disembodied, between the visceral and the virtual, was a distinguishing feature of the moment, the various works in the Film and Video Umbrella touring package Electric Dance walked a line somewhere between the two, switching fluently and freely from side to side. The world of contemporary dance seemed very much in step with recent developments in the moving image, as witnessed in a series of pieces by acclaimed directors and choreographers such as Philippe Decouffle, Saburo Teshigawara and Bernar Hébert which not only documented eye-catching dance performances but dramatised and extended them with dynamic video editing and visual effects.