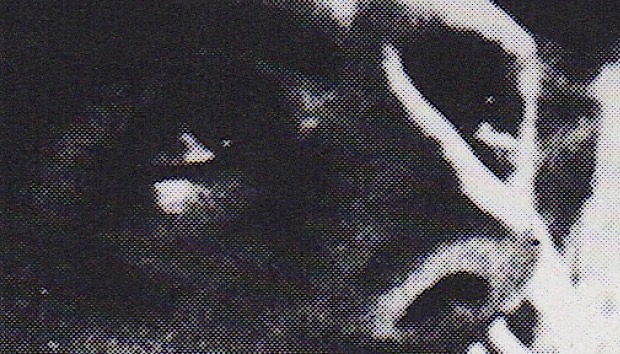 Film and Video Umbrella owes its name, and much of its signature identity, to a series of touring programmes initiated by the Arts Council in the 1980s. The brainchild of David Curtis, Film Officer at the (then) Arts Council of Great Britain, and writer and programmer Michael O’Pray, these curated packages of historically influential works were intended to showcase some of the foremost figures in the canon of experimental film, while creating an accompanying platform for contemporary talents innovating with film and video. The raison d’etre of these programmes, and a guiding principle of FVU’s activities subsequently, was to make hard-to-see (and, sometimes, hard-to-situate) experimental pieces more accessible to a wider public – by offering venues an easy and cost-effective method of securing and playing the films, and by signalling their lasting importance through informative contextual and promotional material. Four different touring programmes, all launching during 1985, established a model for what came after. Released under the newly-minted Film and Video Umbrella moniker, they were selected by a number of different programmers and curators (all specialists in their fields), and give a vivid sense of the creative impulses and the wider cultural interests of the time.

The first of these packages, Surrealist Traces, selected by Michael O’Pray, tracked the seismic impact of Surrealism on avant-garde cinema, juxtaposing works by Surrealist icons like Bunuel, Cocteau and Man Ray with more recent offerings in a similar stylistic key from Jayne Parker or Jeff Keen.

Subverting Television, on the other hand, was a timely and highly influential primer of British video art in the first part of Eighties, reflecting its oppositional stance to television and its symbiotic overlaps with it. The programme broke down into three parts: Deconstruct, selected by Mark Wilcox; Scratch, selected by Michael O’Pray and Alter Image, selected by Alex Graham. An early snapshot glimpse of many of the various practitioners who were coalescing around the nascent ‘scratch video’ movement, the programme heralded several breaking names, such as George Barber, Duvet Brothers and Sandra Goldbacher & Kim Flitcroft, as well as more-established figures, including David Hall, Steve Hawley and Jeremy Welsh.

Of Angels & Apocalypse, Michael O’Pray’s panoramic overview of the cinema of Derek Jarman, had a similar basis, collecting together Jarman’s Super 8 Home Movies and features like Jubilee, The Tempest and Sebastiane with classic films by Cocteau, Dreyer and Pasolini that clearly and powerfully influenced him.