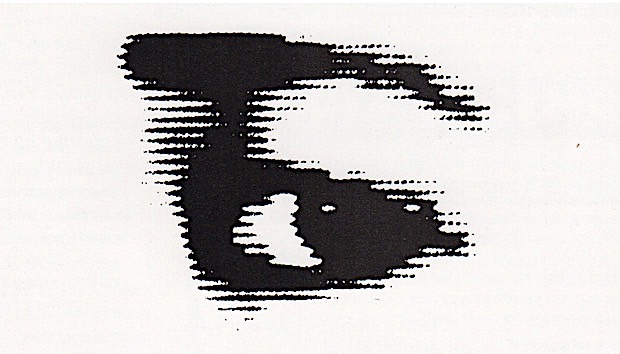 Now with a permanent base and in receipt of regular Arts Council funding, Film and Video Umbrella continued to expand its programming activities during 1989.

The Austere Gaze featured selected films by the revered practitioner and theorist Peter Gidal alongside other exemplary works (by filmmakers such as Michael Snow, Chantal Akerman, Annabel Nicholson,and Lis Rhodes) that Gidal had singled out in his influential book ‘Materialist Film’ (published that year). Part manifesto, part unswerving, forensic focus on a strand of the film avant-garde that went back to the origins of the medium, this programme was a lucid barometer of British and international experimental filmmaking at the time.

The Body in Extremis took the pulse of a powerful, provocative corpus of experimental film that, through the course of several decades, had fixated upon the body as a source of ecstasy and pain, as a harbinger of mortality or as a site of transgression or taboo. Selected by Michael O”Pray, the programme ran the gamut of various visionary, visceral, uncanny and uncompromising styles, featuring works by Jean Genet, Kurt Kren, Carolee Schneeman, Jayne Parker, Luis Bunuel, Steve Dwoskin and many others.

This programme’s radical sensibility found an encore in Dada Dada Dada, a celebration of the mercurial, disruptive anti-art spirit that was ignited in Berlin and Zurich between 1913 and 1917, and whose aftershocks still reverberated in cinema and throughout popular culture. Selected by Michael O”Pray and Jeremy Welsh, the package featured three programmes of film  – with time-honoured classics by Hans Richter, Marcel Duchamp, Rene Clair and, latterly, David Lynch supplemented by contemporary Dada’s boys like Andrew Kotting and John Smith. A parallel video programme sounded a resonant echo, with contributions from Akiko Hada, Lydia Lunch and Ivan Unwin.

If Dada was a virus that insinuated itself into the mainstream, the work of Kenneth Anger aspired to intoxicate the popular imagination with esoteric spells amid intimations of the darkness at the edges of our lives. The Film and Video Umbrella touring programme Inside the Pleasure Dome: The Magickal Worlds of Kenneth Anger charted his impact on underground and avant-garde cinema, and his growing influence on the culture at large, where the homoerotic imagery and penchant for mystery and danger that Anger patented were permeating the iconography of fashion and advertising. The programme included Anger classics such as Eaux d’Artifice and Scorpio Rising alongside rarely-seen material, as well as key works from his peers and influences, such as Stan Brakhage, Bruce Baillie and Jean Genet.

Two further projects this year placed their emphasis more towards video. The four-programme package, Electric Eyes, was a wide-ranging, eclectic survey of the state of UK video art at the end of the 1980s, encompassing twenty-five recently produced works which highlighted the spectrum of aesthetic and technological approaches, including some emerging points of crossover with the world of experimental film. Curated by Jeremy Welsh, the programme featured younger artists such as Simon Robertshaw, Stakker and 9 a.m alongside more established names like Mona Hatoum, Tina Keane, David Larcher, Graham Young and Welsh himself.  As a footnote, Steven Bode’s contribution of an introductory essay to the accompanying brochure for Electric Eyes marked his first formal involvement with Film and Video Umbrella.

The Suitcase Show was a handy-sized showcase of new film and video – and the first instance of Film and Video Umbrella taking the lead in commissioning artists to make new work rather than simply presenting and promoting existing material. More of a travelling exhibition than a standard FVU touring programme, these mini-installations, by Rose Finn Kelcey, Donald Rodney, Ivan Unwin and Graham Young, highlighted the virtues of portability and compactness that were among the primary attractions of video, as well as offering venues an accessible, affordable sample of a new vogue of artists’ work.