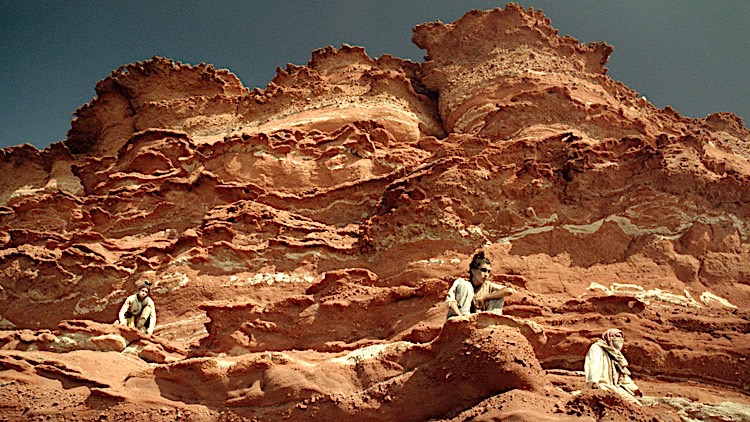 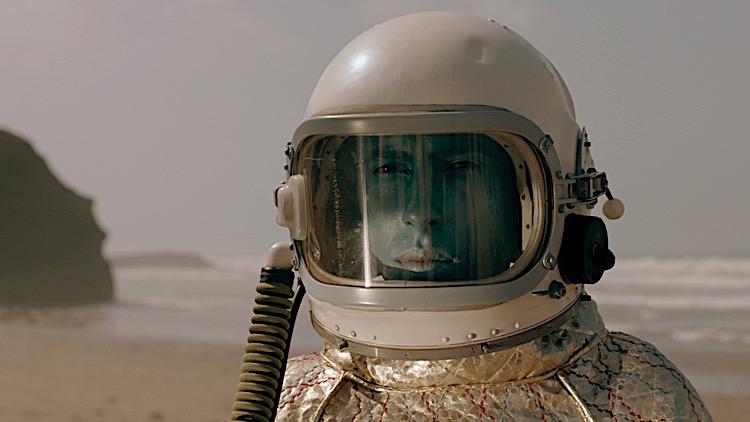 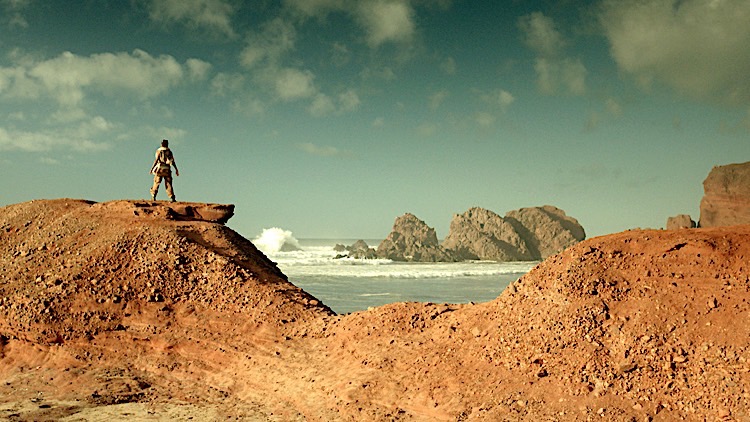 Shezad Dawood’s Towards the Possible Film is a study in parallel universes – and the sparks that fly when worlds collide. As much of a projection into a far-off future as a flashback to a long-forgotten past, Dawood’s vivid 20-minute tableau combines the resonance of a mythic fable with the hallucinatory haziness of a waking dream. Emerging from the waves, as if transported from another dimension, two blue-skinned astronauts materialise on a red-rocked shoreline (Sidi Ifni in Southern Morocco). Blinking into the light, and feeling their way around the sensory contours of this strange new landscape, they are confronted also by the glare of the local inhabitants, who jump up and down in a red mist of rage at the spectre of these mysterious arrivals. This slow, tense standoff evokes those pivotal moments in colonial history when isolated civilisations first make contact – as well as other alien encounters beloved of science fiction. Less likely to result in a meeting of minds than a clash of cosmologies, the impact (and fallout) of these initial interactions is implied, throughout the film, by a subtle back-and-forth between shifting, distorting optical perspectives. A further layer of complexity is added by an intermittent monologue delivered in the Berber dialect of Tamazight; a language undergoing a revival in modern Morocco, and whose origins are both ancient and unknown (despite its possible roots in a lost Phoenician culture that once stretched as far as the Gulf of Mexico). Although the quixotic flash-frames of jaguars and jungle temples, and Dawood’s allusions to the quantum multiverses of the science fiction novels of Robert Anton Wilson, lend these speculations an occult, esoteric flavour, there is increasing linguistic and archeological evidence for this link. Distinguished by the eclecticism and élan for which he has become known, Towards the Possible Film marks a new high-point in Dawood’s practice in the way it imbues his undoubted flair for exotic, otherworldly atmosphere with cinematic fluency and genuine pathos. 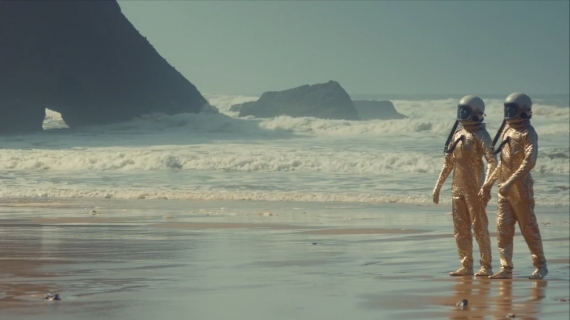 Towards the Possible Film (excerpt)

The State of the Arts | Madeleine Walton | Review: Shezad Dawood ‘Towards the Possible Film’, 2014’

The Positive | Veronica Giordano | ‘Behind the scenes, beyond boundaries’ 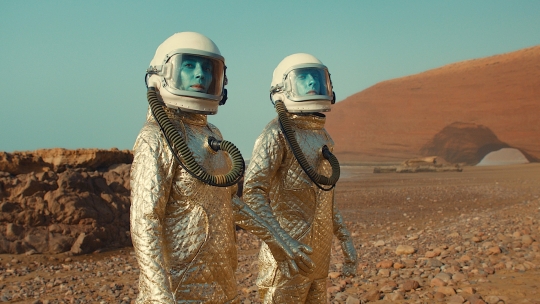