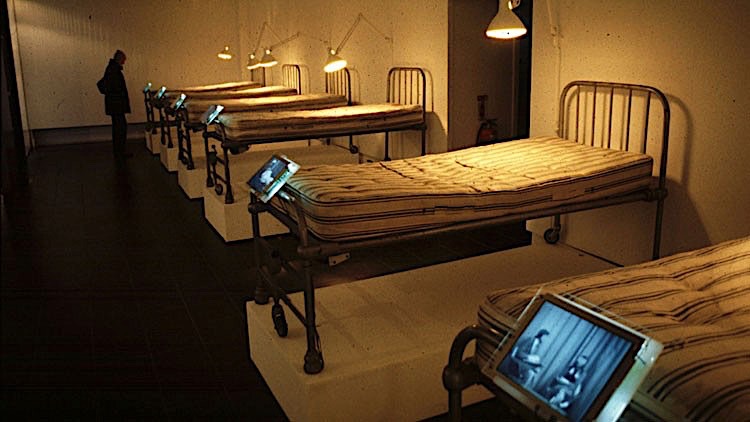 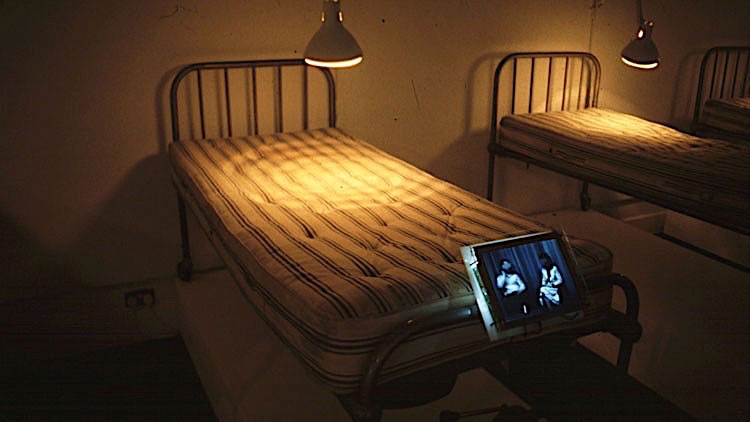 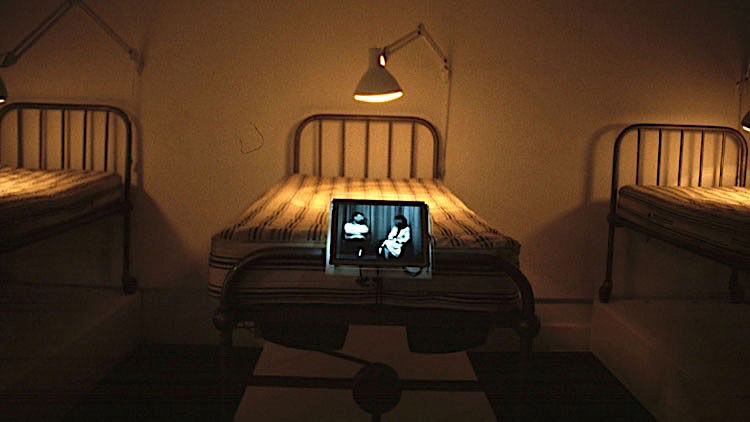 Trace Elements continued Simon Robertshaw’s longstanding interest in the representation of the human subject, as portrayed from different perspectives in the discourse of science and the history of medicine. In the lead-up to the exhibition, Robertshaw undertook extensive research at the sites of a number of Britain’s remaining Victorian county asylums, many of which, having lain empty for years, were about to be repurposed, or were awaiting demolition. These visits helped him accumulate a wealth of material that might otherwise have remained in limbo: from leftover technical equipment, and abandoned medical papers, to discarded personal mementoes. Among the items that he salvaged were six identical bed-frames and mattresses. Still marked by the imprint of the building’s former residents, these vestigial presences were embellished, in his eventual installation, with small video monitors at the foot of each bed (where doctor’s notes might be expected to be). Anonymised to safeguard the identity of the participants, the screens showed separate sequences of old video material that Robertshaw had chanced upon in his investigations. A banal inventory of reflex motion exercises and textbook motor experiments, the footage details prosaic episodes from the day-to-day life of the hospital but also discloses a crude determinist mindset that seems conspicuously alien and dated, but whose insidious influence persists into what we tend to presume is a more open and enlightened present.

A Film and Video Umbrella Touring Exhibition in association with Open Eye Gallery. Supported by the National Touring Programme of the Arts Council of England, North West Arts Board and Liverpool John Moores University.

The project research was funded by an Arts Council of England Combined Arts R&D award. 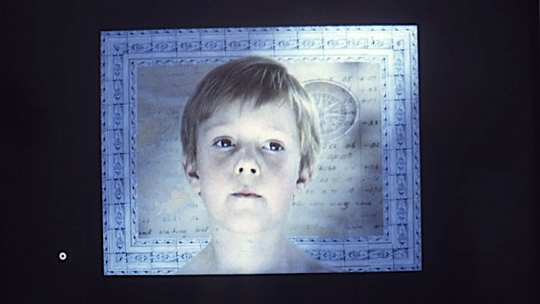 Simon Robertshaw: The Nature of History