Great-ish: The Gaslighting of a Nation

Rianna Walcott responds to De'Anne Crooks' Great-ish: The Gaslighting of a Nation, exploring the collective gaslighting of the Black community in Britain. 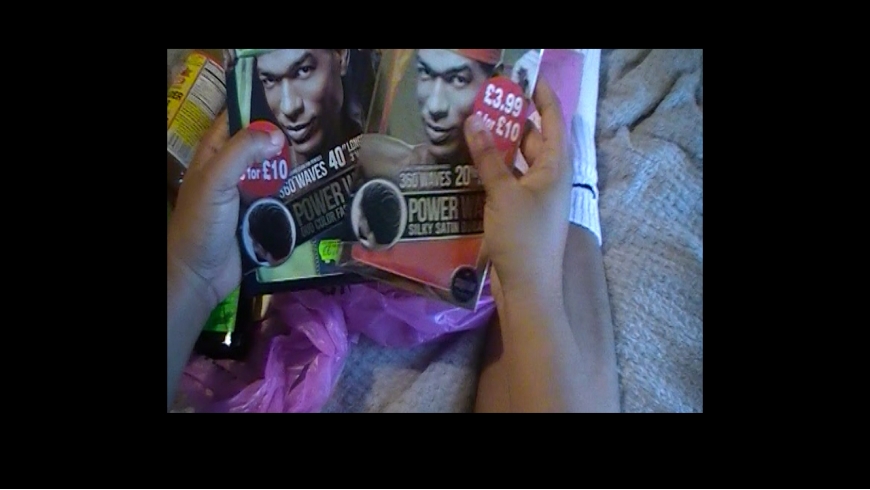 To my unborn child, and the unborn nation that you bring with you. Although you will be the third generation, you will be the first to know that this country, this Great Britain, will gaslight you.

Black people inherit a traumatic relationship with this country, along with phenotypes. In Great-ish: The Gaslighting of a Nation, De’Anne explores matrilineal cycles of trauma in the form of a love letter – from mother to unborn child. This epistolary monologue, created using footage shot solely within De’Anne’s home and archived material, speaks to past, present and future. Histories of Black migration to the UK are framed as an ongoing experience, inducting the viewer into timeless and disembodied cyclical conversations about race and belonging, and reminding us of how little has changed since widespread Caribbean migration to this rainy little isle.

This symbolic new birth of the unborn Black British child is part of that same cycle of migration, as the unaware innocent is swept up into an abusive relationship with Great Britain that predates them. Videos and images are overlaid and overlapping, as De’Anne’s reading of the letter is accompanied by domestic images of washing up, repotting plants, greasing and detangling their hair, and cooking Caribbean food in memory of an island that isn’t home either. The only other voices are of her grandmother’s memories of a hostile Britain, and a Sky News representative blaming police brutality on single-parent Caribbean homes. Images of tweets and newspaper articles root us in the present, and remind us of the continual process of gaslighting that Black people remain victims of. 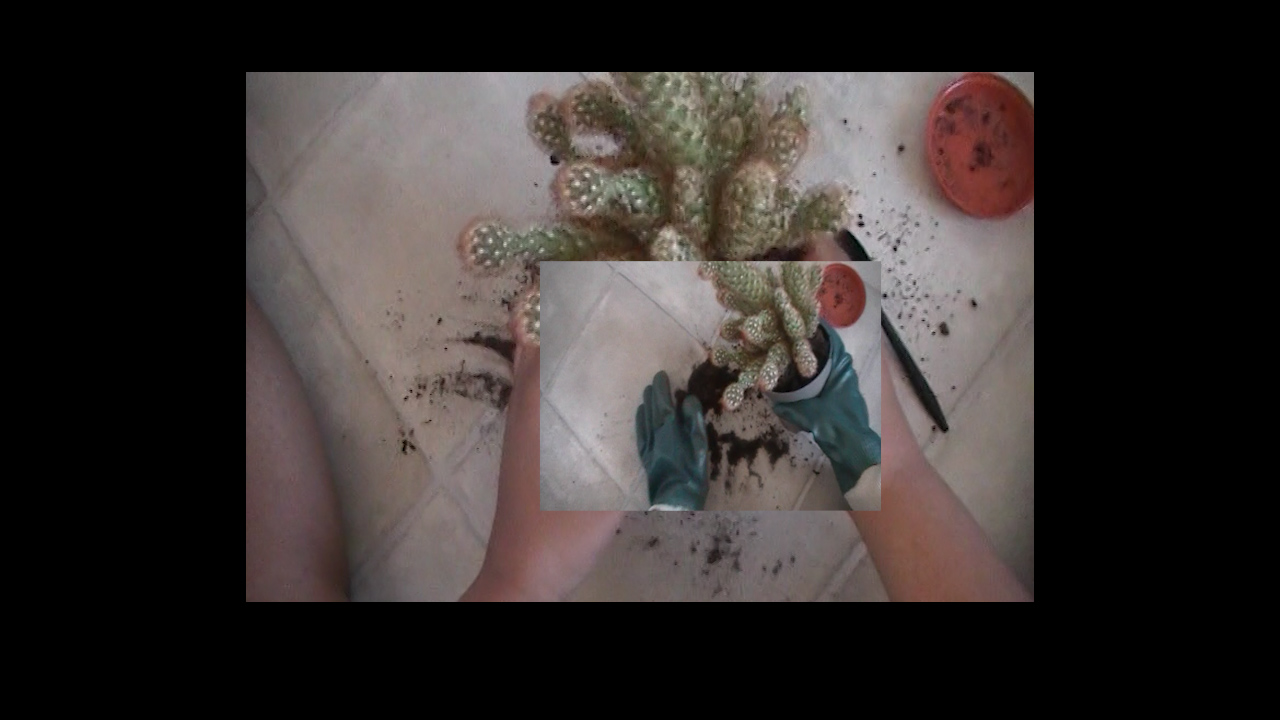 I don’t really know how or when a nation managed to convince Black and Brown people that they should thank their captors, appreciate the crumbs, and pray that God saves their Queen. It happened so suddenly – didn’t it?

Gaslighting is the manipulation of a person through psychological means into doubting their own sanity. By using this analogy to frame the piece, De’Anne speaks to the traumatic effect on our mental health that Britain’s abuse of Black people has had: we have been convinced that to be here is better than elsewhere, an abuse that has generational consequences. De’Anne treats those of us who are victim to this abuse with real tenderness, inviting our empathy for all of the impacts of gaslighting, and reminding us that those who have internalised racist fictions of Black compliance and meritocracy, espoused by Britain, are also part of our family.

Throughout the piece, De’Anne demonstrates the impact of racism on the psyche and the body. Constant hand-wringing, hand-washing and closeups on disembodied hands picking at cuticles is discomforting to watch, and makes anxiety a tangible, embodied viewing experience.

This is particularly prescient in the time of the COVID-19 pandemic, where jingoistic messages from our government apportion blame for the virus’s spread to the very people of colour who are dying disproportionately. These messages rely on wartime metaphors of a national effort to ‘defeat’ the virus to deflect from their negligence, in forcing citizens to work in unsafe conditions and encouraging a return to business as usual. Great-ish captures the irony at the heart of Britain’s disproportionate pride: you will say things like, ‘well at least we have a national healthcare system’ whilst also being four times more likely to die at the hands of that very system.

Cycles of gaslighting are repeating in the pandemic. The semi-constant presence of mobile phones in the piece make reference to how we both engage socially and virtually using technology, but are also permanently attached to a constant influx of traumatic information – even in our domestic spaces, which should represent a safe space away from external traumas. The phone becomes symbolic of the way information enters us, and then plays out on the physical body.

De’Anne’s family history is deeply embedded in Great-ish – we see the faces of her family and friends, and yet it remains in conversation with broader histories of the African-Caribbean diaspora. The piece takes us through coming-of-age experiences that are near-universal for Black people growing up in Britain: the process of realising you are ‘other’, and therefore a second-class citizen here.

When De’Anne’s grandmother recollects the pain of ‘No Blacks’ signs in thick patois that De’Anne refuses to translate even in subtitling, that refusal centres Black experiences and ways of speaking, rejects our othering by rendering our experiences normative and universal. As De’Anne explains to me, ‘any Black person that watches that, even if they aren’t Jamaican, they’ll get it. If you’re meant to get it you’ll get it’. This politics of refusal deliberately makes white viewers, who may not have this type of speech in their frames of reference, stop and pause to translate it, stop and question how differently Black people engage with the concept of nation. This piece is, of course, not for them.

De’Anne acknowledges that their art is for Black people. This art is ‘absolutely, unapologetically, exclusively for Black people to digest, engage, appreciate. [They are] trying to decolonise art spaces and saturate it with Black art’, and this refusal to centre a white audience in the work allows the piece to focus on Black heritage through matrilineal love. 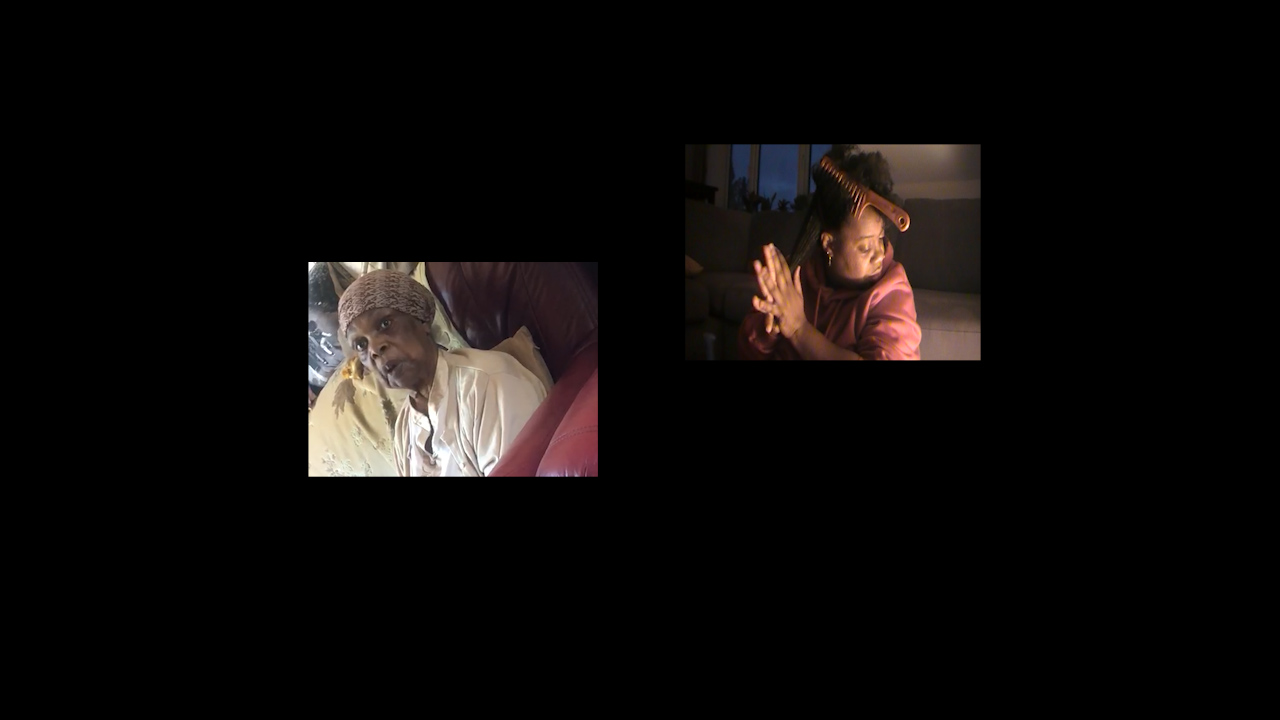 The piece is meditative in tone, gentle, loving, and matter-of-fact. There is an underlying, great sorrow in preparing a child for an induction into an abusive world, and Great-ish acknowledges both that Black children must grow up too fast for their own safety, and that they are entering a family – where there is hand wringing, and anxiety, but also community, and dancing.

Caribbean families, in Britain and abroad, are matrifocal – families coalesce around a matriarch, and De’Anne pays homage to this, by amplifying and immortalising her grandmother because ‘she does not feel heard, or cared about here. We know that the older generation aren’t well-cared for, but then consider the migrant elder community, who are twice as likely to be ignored and isolated in this country’.

De’Anne makes no judgements about the choices her family made to protect her and ready her for this world, but also questions, what will we do going forward? How can we prepare the next generation? For De’Anne, her mother’s act of survival was a radical enough gift.  The film questions, ‘will what I do now be radical enough for my children? In this present day this feels like the best I can do’.

These simultaneously retrospective and prospective questions about Black maternal duty are evoked in Great-ish’s aesthetics. De’Anne revives the style of the early 2000s video, specifically by using an old-fashioned JVC Everio video camera for a grainy, dated effect. The result is a work that in its form embraces nostalgia. Black space around the screen with overlapping imagery and audio captures the effect of a VCR recording, a somewhat abstracted home movie. De’Anne attributes this to a desire to be retrospective about her history following her 30th birthday.

By looking back on previous decades, Great-ish is in conversation with historical conversations about Black British identity, and laments that we are still here, having these same conversations. Again, the personal and intimate is married to the general. Great-ish immortalises De’Anne and their family history, the history of a Caribbean woman becoming British, and establishes connections between two lands that De’Anne does not quite belong to. De’Anne can give us no answers to where we can go from here, where we can finally live in peace, because the sad truth may be: ‘nowhere baby’.

Rianna Walcott (she/her) is an LAHP-funded PhD candidate at Kings College London researching Black women's identity formation in digital spaces, and a graduate twiceover from the University of Edinburgh. She co-founded projectmyopia.com, a website that promotes inclusivity in academia and a decolonised curriculum. She frequently writes about feminism, mental health, race and literature for publications including The Wellcome Collection, The Metro, The Guardian, The BBC, Vice, and Dazed. Rianna is co-editor of an anthology about BAME mental health - The Colour of Madness, and in the time left over she moonlights as a professional jazz singer. Rianna tweets at @rianna_walcott and more about her work can be found at riannawalcott.com

This text was written in response to De'Anne Crooks' Great-ish: The Gaslighting of a Nation, commissioned by Film and Video Umbrella as part of BEYOND