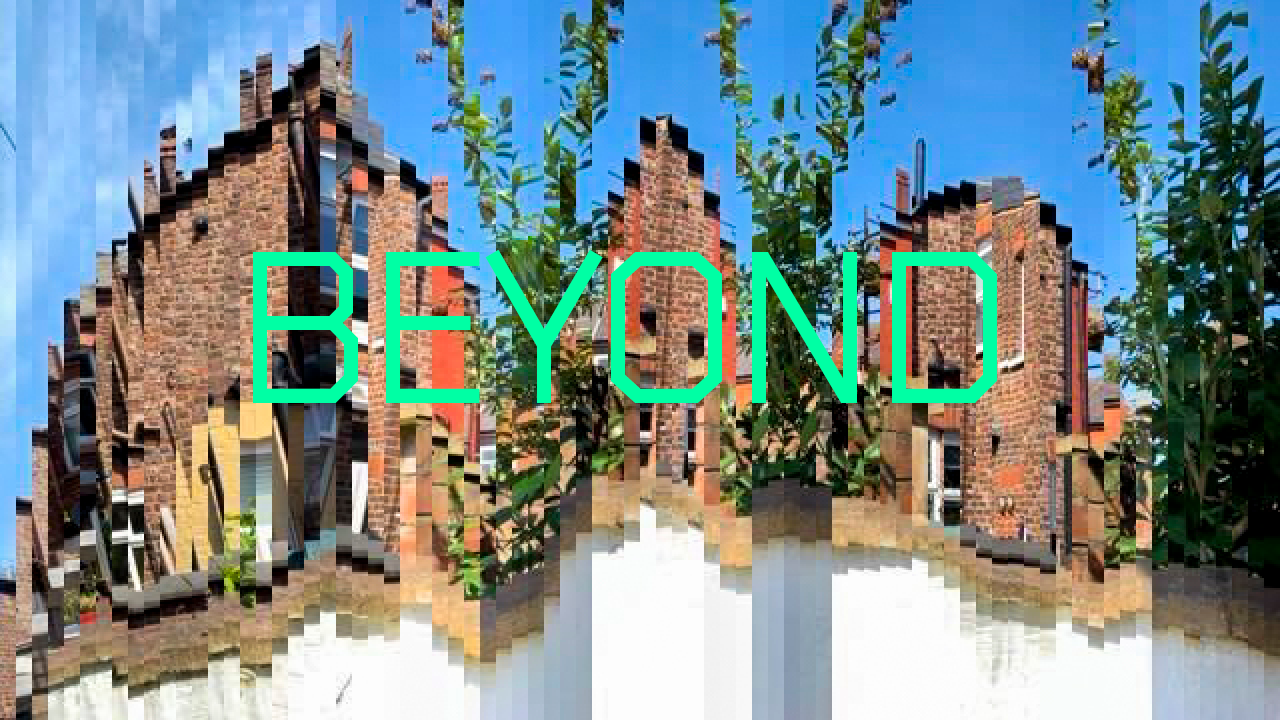 We are delighted to announce the seven artists’ projects to be supported through our new online commissioning strand, BEYOND. The selected artists are: De’Anne Crooks, Kondo Heller, Lou Macnamara and Kyla Harris, Cal Mac, Moyin Saka, Maryam Tafakory and Chris Zhongtian Yuan.

The scheme was initiated in response to an unprecedented moment, and generated an overwhelming volume of applications – testimony to the energy, invention and resourcefulness of artists across the country. The works selected look back at, and endeavour to move on from, this extraordinary time, addressing the isolation and interiority of lockdown and the solace of friendship, exploring the craving for connection and the prohibition of touch, while expanding their gaze from immediate, individual experience to consider both the lessons of history and a desire for societal change.

We are grateful to our selection panel comprised of: Nadeem Din-Gabisi, Leah McGurk and Reman Sadani.

De’Anne Crooks’ practice revolves around the integral conversations that require a new vehicle of communication, particularly in these complex times. Generally exploring large topics such as identity politics, De’Anne focuses on the strategically unexplored areas; using multifaceted techniques to unpack theories of race, belonging and colonisation. In most cases De’Anne’s art practice, and the outcomes created, prioritise the message over the media. This reluctancy to commit to one media has allowed De’Anne to explore a plethora of artistic approaches ranging from oil painting to performance and video art.

As an artist-educator, much of De’Anne’s current work considers the collaborative and collective value of others; considering her practice as a form of activism rather than a teacher of art. This relationship between pedagogy and contemporary art has pushed De’Anne’s practice further and her membership with Black Hole Club has unearthed another praxis within her art. She is said to have used this time with BLKHLCLB to “test art forms commonly removed from those in the Black community such as performance art”. Using performative art and digital work, De’Anne has been developing art that addresses culture and politics, prioritising that both message and medium speak to and with marginalised people. linktr.ee/de4nnecrooks

Kondo Heller is a poet that communicates poetry through film, imagery, memory, sound, and time. howtogrowaflower.com

Lou Macnamara is a documentary filmmaker, camera assistant/operator and artist who co-directs the 12ø collective. Their work combines activism, art and community support structuctures that offer alternative and inclusive opportunities outside of institutions. @lou_macnamara

Kyla Harris is a visual artist, writer and activist who creates from the perspective of her lived experience as a disabled person. Both her sculptures and immersive film events with The Other Screen, traverse and subvert relationships with the body, capitalism and normativity. @kylaphonic

Lou and Kyla first collaborated on an artist-led group project on authenticity and pop-culture in 2015. Since then they have been plotting to make video work together. Alongside this, as part of the Backend project in 2019 at The Arthouse Wakefield, Kyla worked with Lou and 12ø to create a document aimed to assist art organisations to be more inclusive.

Cal Mac graduated from Edinburgh College of Art in 2020, where he studied Sculpture. In 2018, he was selected for an exchange semester in Halifax, Canada. Here, he was able to reflect on the systemic role of everyday addiction in Scotland from a distance, as a culturally invisible taboo, yet socially dependent norm. Since doing this exchange, his research has spanned from macro psychological and political movements advocating for compassionate care in severe addiction, to micro neurological research on its similarities to love.

Working between sculpture and video, his practice focuses on giving this urgent conversation on addiction an emotionally visible life. This is most often looked at through the consequential effects of addiction on mental health and interpersonal relationships. These themes are highlighted through contrast, by placing them amongst the therapeutic imagery of water and gentle intimacy, which are proposed as liberations from addiction.

As of late, his video works have been made from the raw material of his personal iPhone archives, which are embodied in the addictive format of the 9:16 portrait screen. In this sense, honesty is prioritised in the production of his works, where addiction is present within the real memories he selects, the flashing pace of the works and the materials he uses. His work has been featured in Art Mag UK and the Glasgow Guardian, and has been shown in Limerick, Ireland. calmacstudio.com

Moyinoluwa Saka is a Manchester born multidisciplinary artist and filmmaker, working across themes of Blackness, futurism, the internet & beyond.

Coming from an eclectic background in linguistics, socially engaged practice and documentary film-making, Saka frequently plays with participatory engagement in her making, noting citizen journalism methods as a major influence on how she approaches her work.

Ever intrigued by the nature of network-space and the realities that lie within it, Saka is constantly exploring ways in which these spaces can be tested, with regards to how we share, connect, and tell stories, and how this can be achieved effectively beyond physical borders.

Maryam Tafakory (b. Iran) works with a collage of textual and filmic fragments, interweaving poetry, autoethnography, and cryptic forms of narrative. She is based in London and Shiraz.

Her work has been nominated for Tiger Award and Found Footage Award at 47th IFFR, Best Short Award at 67th MIFF and she has received several awards, including the Best Short Film at DocumentaMadrid, and was invited as the Flaherty/Colgate Distinguished Global Filmmaker in Residence. tafakory.com

Chris Zhongtian Yuan works with moving image and architecture. He creates site-specific storytelling interventions: from the rumour of a mutated species in the U.S.-Mexico border, to a medium channelling Beethoven's music during the volcanic darkness in 1815. He was born in Wuhan, China and studied at the Architectural Association. chriszhongtianyuan.com

Read the call for entries for the first edition, including how to apply and FAQs, as a PDF below or as a Google Doc.

Through this call for entries we were looking for proposals for new moving image works that are made with minimal equipment, crew, and space. At present, due to the current situation with COVID-19, selected artists will have to adhere to UK government guidelines. This opportunity is open to all artists currently based in the UK. In the first edition, artists will receive a £2,500 fee/budget, as well as remote production and curatorial support, across a two-month period. The final works will be streamed on FVU’s website and digital channels.

BEYOND is a new online commissioning initiative from Film and Video Umbrella. Initially intended to support a number of artists through the immediate challenges of the present moment, this new and evolving strand of FVU’s activities also aspires to be forward-thinking and future-facing – an opportunity for artists to look beyond the parameters of the here-and-now (whatever they may be), and towards a wider and more expansive horizon.

For the time being, at least, the desire to travel beyond the view from the window or far outside the confines of our own four walls may have to remain an act of the imagination.  As long as public health guidelines on social distancing stay in place, film productions that require the physical proximity of different participants (even small numbers of cast or crew) will continue to be off limits. But artists’ film has always embraced different models of working – many of them uniquely self-contained and self-sufficient. From the solitary, incremental art of digital or hand-drawn animation, to the creative recycling and repurposing of ‘found’ or archive material, artists have always made the most of finite resources, pushed the envelope of what is possible, and championed the virtues of the self-made and self-shot.

Film and Video Umbrella wants to continue to support these experimental practices in these most difficult of times, and will offer a number of commissions to individual applicants to create new moving-image works for online presentation.

Selectors for this edition will be

BEYOND is a moving-image commissioning opportunity produced by Film and Video Umbrella. 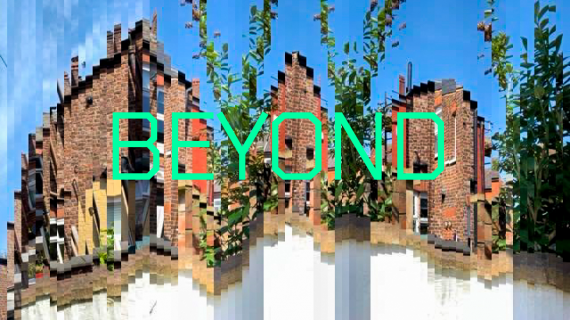 BEYOND: Call for Entries and FAQs