Author Rob Young, chronicler of British TV esoterica in his compendium ‘The Magic Box’, lifts the lid on the myriad ‘wyrd’ influences lurking in Craig David Parr’s Wings of Love. 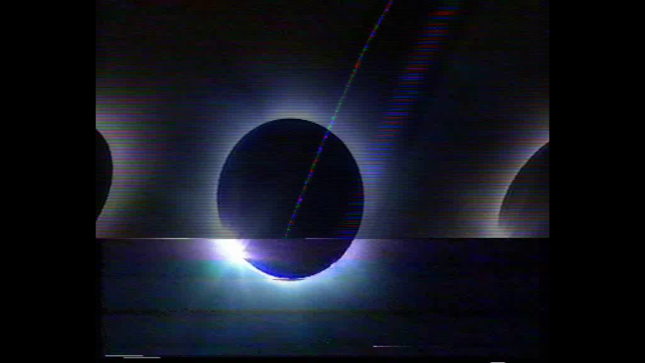 Like a winding, binding thorny rose, cliches cling to the home. There’s no place like it. It’s made of hopes and dreams. It’s where the heart is. It’s where one starts from. Charity begins there. So sweet, they named it twice.

Craig David Parr’s film Wings of Love (2022) begins with a home – the place where he now resides, one which also resembles, almost down to the exact floor plan, the terraced house he grew up in. It is at once a home he knows himself in, and a house that feels uncannily other. The uncanny, in German, is the unheimlich – a word with home, ‘heim’, at its core. Press back even further into antiquity and you find the Nordic root of the word ‘to haunt’ is also the ‘heim’. So a house is your haunt, but you may find it haunted by memories that refuse to lie silent.

The house that refuses to offer recognition or comfort can be scaled up to nation-size. As an English citizen or British subject, how comfortable is it possible to feel in the skin of nationhood, in the early twenty-first century? A country where, as a voice says in Parr’s film, ‘the ghosts of yesterday can crawl back into today’. Memory, and its sick cousin nostalgia, are rife in the culture, from the false memory syndrome that has shaped policymaking and pro-Brexit agitation, to a tourism and culture industry that preserves and promotes history at the expense of workable vision for the future.

Within these larger, slower cycles, revolve smaller cycles of personal life spans. Patterns of repeated symbols apparently make the confused mass of reality more legible. A swan etched out in mould in a damp cellar. A new age swan in Stephen Pearson’s painting ‘The Wings of Love’, its wingspan encircling a nude male figure watched by a naked female. The same painting as a prop hanging on the wall of Hilda Ogden’s home in the long running TV soap opera Coronation Street. Individual memories interrupt the forward flow of time, snagging on objects, artefacts, experiences and dreams. In the strange monologue, the voice speaks of guardians with white feathers coming out of the walls, which ‘would keep you a child forever’. This is the activity of memory on the psyche, keeping you locked into the safe space of immersion in past events, at the expense of what is to come.

Near the beginning of the film, one of the several narrative voices, digitally slowed down, recounts a strange, uncanny memory of a dream prompted by viewing the movie Jurassic Park. It is not one of the blockbusting action scenes but an almost invisible background detail from the murky interior dressing – a half remembered mural glimpsed in the background of an action scene. The provoked memory is a squeamish nightmare – the boulder from the mural painting rolling up the sleeper’s legs, which seem to consist of an oxidised metal, and pulverising them into powdered rust.

This memory-bite is lethal. And the sense of menace appears to seep into the scenes that follow: a handheld shot of swans being fed at the pond. Ordinarily an experience of joy, especially in relation to children, here the hungry birds are intercut with scavenging crows and bird corpses. No pleasure here remains positive for very long; it quickly sours and develops disturbing nuances.

British television in the 1970s saw a rash of weird interludes between normal programming: so-called public information films that frequently warned children of untold horrors and hazards lurking in wait amid the landscape of play, both indoors and out. Innocent fun in fields and farmland, by the canal or the electric pylon, could quickly turn to mutilation, drowning or electrocution. These misadventures frequently took place in a suburban hinterzone, filmed on conspicuously low budgets. All of which cut across and destabilised the dominant narrative of an England studded with picturesque villages, harmoniously nestled into itself, a green-carpet Eden.

In Parr’s film, a single-take drone shot begins with the camera apparatus in a hole in the earth, swiftly rising to hover over an English edgeland panorama. Edgeland, in the sense that spread beneath the drone is a field of indeterminate planting, then a football field and recreation ground, acting as the semi-cultivated border between what’s left of nature and the geometrically designed conurbation on the horizon. Edgelands are those peculiarly undecided, betwixt-and-between environments which can’t quite decide if they are built-up areas or wilderness. It’s the kind of suburban ‘wyrd’ portrayed in the literature of Andrew Michael Hurley or Fiona Mozley, or the paintings of George Shaw.

This one shot embeds echoes of previous depictions of England’s green and murky land in film and television history. The camera entrenched in a mud ditch was used in the legendary folk horror movie The Blood on Satan’s Claw (1971), which imagines a satanic presence unearthed to cause havoc in a 17th century Suffolk agrarian community. Returning to Parr’s film, as the drone ascends skywards and the landscape opens up and out beneath our point of view, we’re reminded of the overhead establishing shots in a series like Detectorists (2014-17), a whimsical comedy-drama series that deals, among other themes, with the persistence of the quest for buried historical relics under England’s soil, the lingering traces of folklore, vanished presences and signs of the earlier peoples of this land, while at the same time satirising a particularly male resistance to change.

Is it psychically damaging to rub a mature life in the silt of its own past? Parr describes his film as ‘a working class fairy story of an interaction with an ambiguous time entity’. By moving into a house that reminded him of his previous childhood dwelling, he entered a kind of time-life film loop. The idea comes soaked in entropy, and the sense that no step taken can be a fresh one, but the path simply slots into pre-gouged footprints.

The reference to a store of working-class folk memory recalls the work of another English artist, although one born twenty-six years earlier (1964) than Parr (1990). Both, however, are interested in coming of age rites of passage, hidden social patterns, ritual behaviour and rave culture. Mark Leckey’s installation Dream English Kid, 1964-1999 AD (2015) also deals with teenage memories, in this case of nights spent listening to rave music and drinking while hanging around under a local motorway bridge. Rave is a large component in Parr’s iconography in Wings of Love: the title itself is shared with a track (‘Fly on the Wings of Love’) by XTM and DJ Chucky from 2003. Parr’s interest in rave music is also linked, in his words, with being ‘played on tinny, bass-less phone speakers whilst drinking underage at the park’. Here the contrast with Leckey is instructive. Leckey has previously made sound system sculptures consisting of piles of speaker stacks, similar to those constituting sound systems at the Notting Hill Carnival, for instance, or illegal outdoor raves, and has also exhibited photographs of such sound towers. These audiophile mountains are assembled in order to create maximum dynamic impact on a given location. They are the polar opposite of the mobile phone speaker or earbud. The latter are cheaply produced components that impact the sound sphere just enough so that the most essential dynamic gets across, but much information is also left out. The lo-fi nature of Parr’s listening experience therefore offers a parallel with the selective quality of memory.

The film’s running text in gothic script comes up with the line, ‘Leylines on the rec’. Much of the paraphernalia of English pagan magic is associated with the outdoors, with forests, clearings, moors, neglected and ruined buildings. Curses, rites and summonings – the stuff of which so many English horror films are made – are conducted precisely in these hinterlands where few dare to tread. The controversial study of leylines – vectors of psychogeographic energy purportedly connecting ancient ritual sites – testifies to a desire to perceive hidden structures in the landscape, a geometric system that, decoded, will lead to a heightened understanding of history. At times the texture of Parr’s film echoes such obsessive perusal of detail, whether on the macroscopic level of a landscape view, or the microscopic scanning of the scuffed, dusty surface of a reproduction of the Pearson painting. Reinforcing the film’s theme of forensic diagnosis of the infestation of nostalgia, a hand browses through the textbook ‘Underneath English Towns – Interpreting Urban Archaeology’, a survey of subterranean history and layers of sedimented structures beneath modern day Britain. This particular copy of the book turns out to have a bookplate inside its front cover picturing a swan. Like a persistent mould, the images recurring throughout Parr’s film seem impossible to eradicate.

Rob Young has worked at The Wire magazine since 1993, including five years as editor. He is the author of The Magic Box: Viewing Britain Through The Rectangular Window and Electric Eden, and the editor of Undercurrents: The Hidden Wiring of Modern Music and The Wire Primers: A Guide to Modern Music. He has contributed to publications including Uncut, the Guardian, Sight & Sound, Frieze and Art Review.