Author and activist Ben Rawlence finds multiple points of kinship and connection with his own journeys around the arboreal zones of the Arctic in this essay on Ruth Maclennan’s film Treeline. 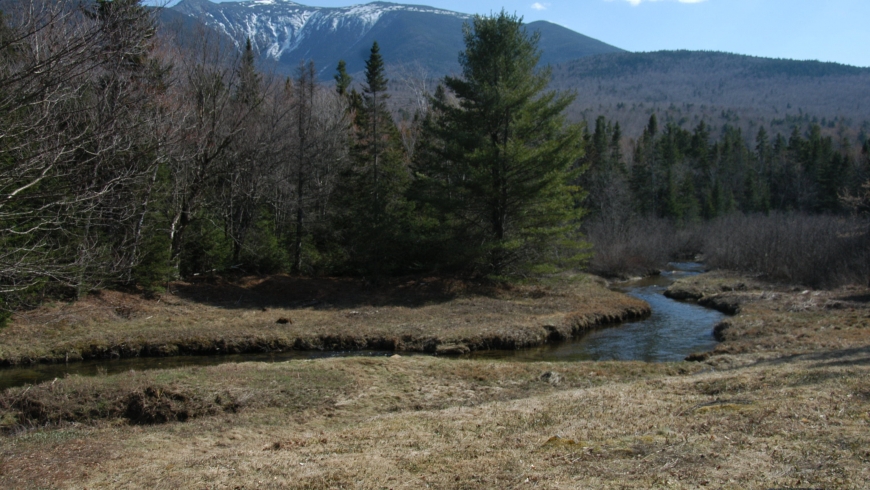 Watching Ruth Maclennan’s deeply absorbing and moving work Treeline I caught sight here and there of familiar friends – bowing poplars twinkling in the sun, the wetlands of the muskeg with wild rice framed by spires of evergreen spruce. The scenes shift crisply on, never allowing the viewer to linger before being plunged into another forest, another unique ecosystem, filmed by another member of the crowd-sourcing network that Ruth drew on for the film. And so the possibility of a linear narrative, a logo-centric thread pulling us along an argument, is foreclosed again and again. This is art as experience: it thrusts you into the humming, buzzing, whistling, roaring forests of the world in all their teeming life. It is, it seems to me, an attempt to re-create the experience of being immersed in nature whilst the off-camera chatter, the framing and the human eye directing the personal panoramas, pose existential questions about our relationship to the forest. Questions that linger in the mind long after the leaf-shaped insect has performed her final dance and allowed us to depart.

Ruth’s Treeline is therefore not really a line at all. And nor are the various treelines that are found on earth – the natural growing limit of trees where there is not enough light, nutrients or warmth for them to survive. They are fuzzy zones where one ecosystem transitions into another. From boreal to tundra, from rainforest to montane scrub and so on. A hard ‘line’ in nature is in fact unnatural. Nature works in fractals, polygons, circles, the infinite unfolding of life expressing itself through trial and error.

My own journey around the very top of the world was a circle too – following the Arctic Treeline from my home in the UK along the ‘line’ that represents the limit of the northern forests in a wiggly shape that is one of the definitions of the Arctic Circle. That journey too, although more linear in some respects than Ruth’s film, was a similar attempt to plunge the reader into the wondrous and diverse forests of the boreal and the people who live in harmony with the trees there. And if there is an argument it too is circular: that to move forward at a time of ecological crisis and climate change our best guide is to look back: to see the world through ancient eyes, a provisional and sacred way of looking at the world which puts humans and non-humans on an equal footing. For, as is becoming increasingly obvious, how it goes for the non-human world will determine how it goes for us.

To reach such an understanding, such a way of ‘seeing’ not just ‘looking’, as V.S. Naipaul said, we need transformational, that is to say transporting, experiences that can take us out of ourselves so we can look afresh in order to see. This is the simple but radical act of paying attention. In that sense, both Ruth’s film and my book, The Treeline, are sustained acts of attention that seek to bring people together by saying ‘Look? Do you see what I see?’

I write in The Treeline, “the revolution begins with a walk in the woods.” The prosaic act of finding out the names of the plants that surround us, that share our habitat, is a radical engagement and repudiation of a system that accords non-consumable species a negative value; as ‘weeds’ for example. The multiple participants in Ruth’s global project would surely agree with such a repudiation: their very act of choosing what to film is an expression of curiosity, worthy of interest.

Another insight from my work is that “systems change when there is a culture that demands it.” The building blocks of that systems change are the humble actions of attention, curiosity, naming and then filming, drawing, studying. I invite readers to stop and wonder at the results of 10,000 years of the treeline ecotone at work, rising and falling like breath on the heels of the melting ice and yielding seven distinct keystone species around the top of the world. Have you ever sat and stared at a pine tree for half a day? I promise you’ll be changed afterwards. Ruth’s film invites the audience to do the same: to immerse yourself in the entirety of the forest, to spark the beginnings of curiosity which is the beginning of the possibility of social change.

All art is political so the saying goes. All art is also ecological argues philosopher Timothy Morton in his book of the same name. And in this day and age, at this moment in our planetary trajectory, those definitions seem to me to be the same thing. To think – and act – ecologically is to foreground a worldview in which our inter-dependence on the living world is axiomatic. To think and act in such a way is also immediately at variance with many if not most of the tenets of our affluent way of life in the Global North and increasingly the material reality of most human communities on the planet apart from very few. And so acknowledging even the most simplest of truths – that a plant has feelings; that trees talk to each other; that, as is obvious to nearly everyone, we must immediately stop cutting down all primary forest  –  instantly transports one to a politically charged awareness in contradiction with the way we live our lives.

Many of the images in Ruth’s film are of devastation, logging and human impact. The scale of the human footprint when all of the clips are run together is unmistakeable and unavoidable. We know it. We see it. This is the foundation of eco-anxiety which, it seems to me, is widespread and misunderstood. It is not only a fear of what we have unleashed but a semiotic contradiction in how we are in the world. Our daily practice, hemmed in by structures beyond our control, violates our common sense understanding of the nature of nature and our place in it. We know the fossil fuels/fossil fertiliser/fossil plastic/fossil clothes are wrong but we struggle for alternatives or there are none. The clips of destruction carry the feeling of powerlessness. We know why the camera is pointing that way but we don’t know what to do about it. We are lost and we don’t know our way back.

Thinking like a forest offers a possible way forward. A forest is a collection of species that co-evolve in a complex dynamic relationship founded on a cycle of disturbance and climax equilibrium. In that ongoing equation, species come and go, live and die, cooperate and compete all in the ultimate service of a diverse eco-system. Indigenous ways of living in and with the forest are just one of a whole set of ‘lifeways’ taking place in the crowded wood. And they instinctively and explicitly acknowledge the sacredness of the whole that sustains its population. This is not to say that we must all live in the woods. But to learn the lessons of those world views, the respect and commitment to balance is not beyond the capacity of our modern world. Indeed, it offers a transformational way of imagining the future of a system that has otherwise run its course. A tiny percentage of the biochemicals of the forest have been characterised by science, let alone exploited. And from the fraction we know about we have derived aspirin, prostacyclin, anti-cancer drugs and many more. Layered forest gardening and agroforestry that builds on existing mycelial networks is proven to be more productive and resilient than industrial fossil agriculture. Resilience is the key quality that will determine the ability of species to adapt – including us. The sooner we realise that timber is the least valuable thing in the forest, the better.

This is where the forest of the film and the forest in real life converge: the metaphor merges with its object, the circle is complete. We are creatures of the forest; we have opposable thumbs; one of the first things children learn to recognise, see and draw is a tree. An immersive experience of the forest, if authentic, cannot but invite political questions whilst simultaneously offering solutions: the forest is our home; humans and trees share the same climate niche. Seeing her for what she is calls to something deep and instinctive, it vibrates and transforms and in so doing opens up the possibility for the transformation of our relationship to her. Such an experience invites us to go back, to linger, to delight, to ask questions, to explore and then cherish, and so on, in a virtuous circle that, ultimately, can only be described as healing.

Ben Rawlence is a writer and is founder and director of Black Mountains College in Wales.