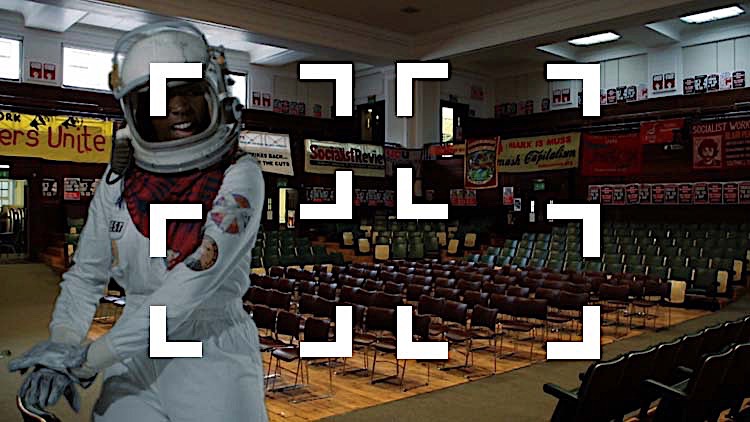 The final installment of Film and Video Umbrella’s anniversary programme 25 Frames highlights one of our more recent commissions – a work whose pursuit of the recent past illuminates the present and anticipates the shape of things to come. Karen Mirza and Brad Butler’s Deep State is an accelerated history of the turbulent twentieth century that envisions conflict as an almost elemental condition, where the spirit of activism and resistance systematically encounters the entrenched, subterranean presence of the forces of power. The piece follows the figure of a rioter through various historical flashpoints and into a science-fiction future where demonstrations have broken out in a colony on the surface of the moon. Alluding to the Turkish term ‘Derin Devlet’ (meaning state-within-the-state), Mirza and Butler’s film was made in the wake of Occupy and Tahrir Square but (presciently) before similar urban political protests in Taksim Park in Istanbul or Maidan in Kiev. After the screening, Mirza and Butler will be in conversation with Stephen Graham, author of ‘Cities under Siege’. 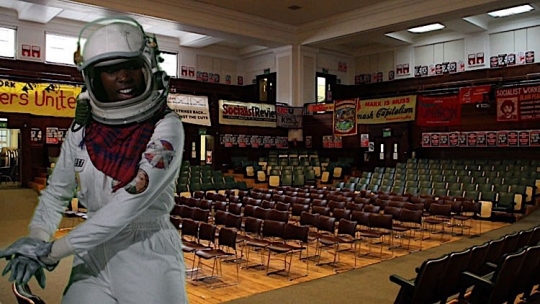