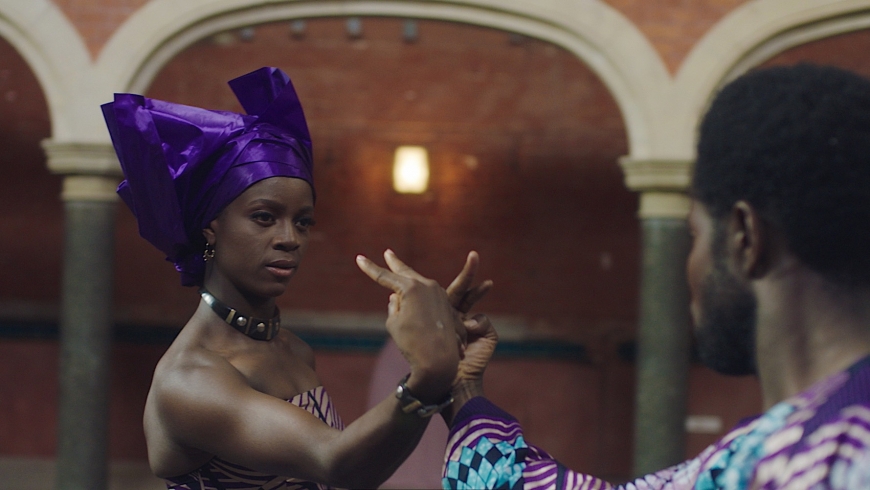 Setting the Stage looks at artists who reflect on the theatrical stage within their work, drawing on its construction, aesthetic language and purpose. The exhibition accompanies the Brisbane International Film Festival (BIFF 2019) and brings together works across various media that use sets, props, costumes and staging.

Hetain Patel's major moving-image work from 2017 Don’t Look at the Finger shows as part of the exhibition. The film follows a ceremonial ‘fight’ between two protagonists, a man and a woman, in the grand architectural setting of a church. The way the characters communicate is a feat of choreography that combines Kung Fu with signed languages to express a ritualistic coming together.