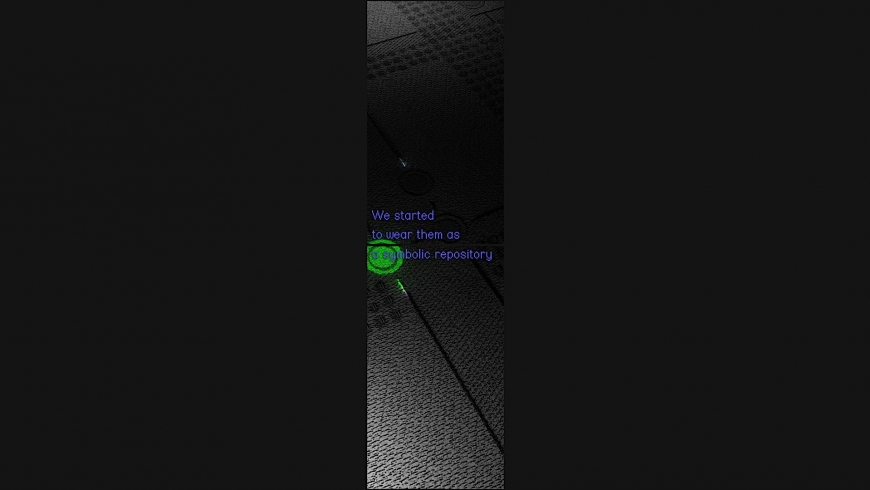 Projected vertically across two channels, FELT TIP focuses on design motifs of men’s neckties from the 1970s and ’80s with patterns that evoke electronic networks and digital systems. Exploring the tie as both a sign of professional distinction and a sexually charged object, the work weaves together narratives of early computer technologies in the workplace and the gendered distinctions of its workforce. Read more about FELT TIP.

The exhibition also includes a series of flyposted pinhole photographs, each four metres high. Price makes these pieces by manipulating images sourced from 1970s fashion magazines. She leaves only the floating garment, which is then captured by the pinhole camera to create an unnervingly detached figure, hovering in a dream-like haze.

Join the launch at Nottingham Contemporary, where Daniel Steegman Mangrané also opens an exhibition and there is live music. Friday 15 February, 6.30–11pm. Open to all, no RSVP needed.

FELT TIP was commissioned by the Walker Art Center, Film and Video Umbrella and Nottingham Contemporary, with support from Arts Council England. 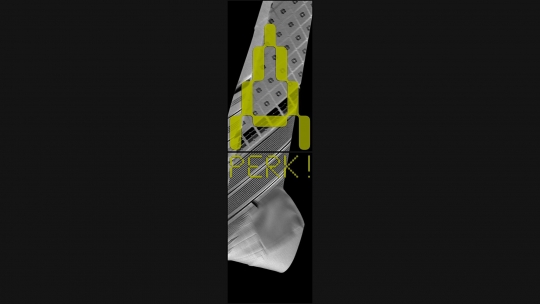