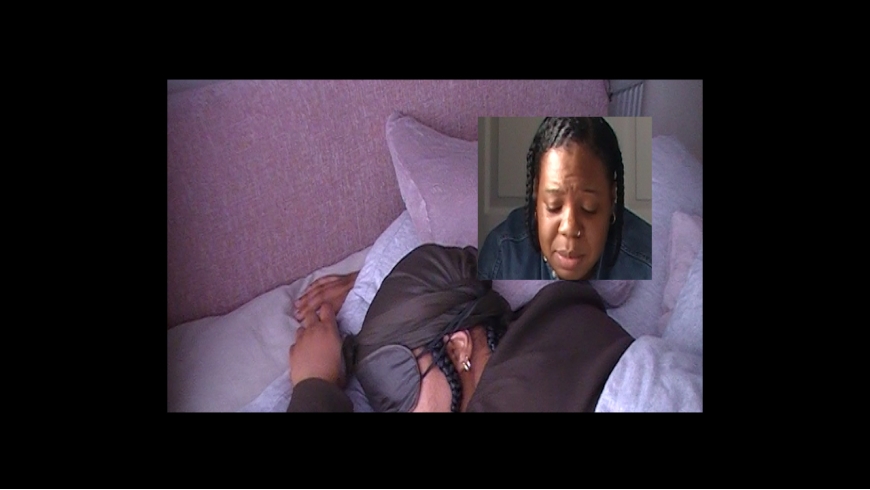 Exhibiting as part of 'in reality, these things need to be said' curated by Jazz Swali and Saziso Phiri.

‘in reality, these things need to be said’ is an exhibition featuring newly commissioned and existing works by five emerging artists; De’Anne Crooks, Arit Emmanuela Etukudo, Rene Matić, Zethu Maseko and Kim Thompson, based in the United Kingdom, South Africa and the United States. The exhibition considers themes of reclaiming stolen pasts through traditional tapestry and soundscape processes rooted in South Africa.

Great Britain has long had an extravagantly high opinion of itself – look no further than its choice of name, with all the swagger and hauteur it implies. Great ambitions fuel great expectations, but as its aura of grandeur starts to fade, it’s not uncommon for a nation to big itself up again at the expense of others, whether they be outside or inside its borders, De’Anne Crooks’ Great-ish: The Gaslighting of a Nation is a stark, impassioned inventory of just how far Britannia falls short in its numerous claims and pretensions, particularly towards its marginalised, minority communities. Held together by a poetic monologue that draws inspiration from Toni Morrison, Hilton Als and Danez Smith, and performed against a backdrop of domestic scenes (all familiar from the time of lockdown, but with a low-tech feel that evokes a nostalgia for an earlier, happier time), Crooks’ 10-minute video gains even greater poignancy by taking the form of a love letter to the artist’s unborn child, warning them about the struggles that lie ahead, preparing them for the dilemmas they are certain to face. Prominent among these, as the video’s subtitle, the gaslighting of a nation, suggests, is the insidious pressure that will be brought to bear to convince Black Britons that the racism and discrimination they regularly encounter is more a facet of their mind rather than the habitual expression of the structures of white supremacy underlying the apparently liberal and munificient state. Comparing these patterns of brainwashing and coercion to the various stages of a toxic relationship with a manipulative spouse, Crooks calls out a uniquely British flair for duplicity, disinformation and distortion. Combining a heartfelt tenderness with a hard-won knowledge that only comes from bitter experience, Great-ish is a vivid reminder, if any reminders were ever needed, of how a hopeful future cannot come into being until Britain confronts the legacies of its past.

DISABLED PARKING
BACKLIT has a limited number of disabled parking spaces available. These spaces give level access to the basement floor. From this level, every floor of the building is accessible by a lift. These parking spaces are in a private car park. If you are require access to a parking space, please call BACKLIT on 0115 837 24 26 and someone will be able to assist you.

The ramp leading down to the basement car park is not ADA compliant, therefore this entrance may not be suitable for those without a vehicle.

ACCESSING BACKLIT
BACKLIT's main entrance is situated on the corner of Ashley Street and Alfred Street South. There are two steps leading up to the main entrance which has double doors offering wide access.

If you are unable to climb stairs, you will need to access the building from a side entrance on Ashley Street. This entrance is on street level and has double doors offering wide access. To gain access via this entrance, please call BACKLIT on 0115 837 24 26 and request a member of staff who will be able to welcome and assist you.

ACCESS WITHIN BACKLIT
Once you are inside the building, each floor can be accessed by wide stairs or by a lift.

BACKLIT's toilets are gender neutral. Unfortunately, no toilets have very wide access doors and therefore it is not currently possible to fit a wheelchair into any toilets.

A large font guide is available upon request for large exhibitions.