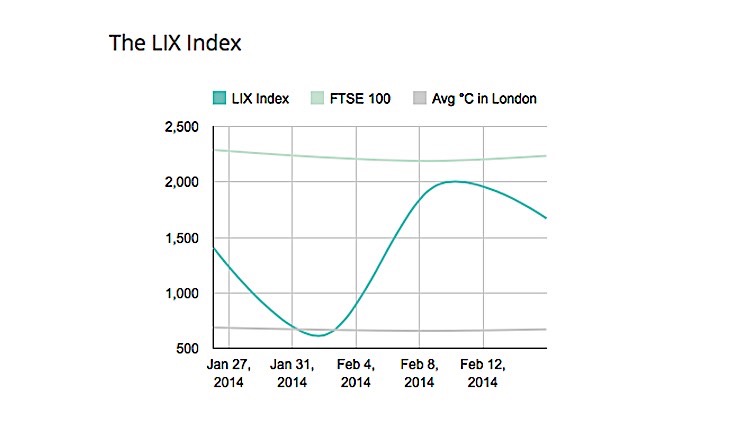 Well before ‘life-logging’ became a media phenomenon and before the daily demands of social networking exerted their obsessive hold over many people’s lives, Lucy Kimbell chose to reveal the accumulated minutiae of her everyday existence (its physiological fluctuations, its professional successes, its emotional highs and lows) in a year-long conceptual art work called LIX Index. Thirteen years years on, for Film and Video Umbrella’s anniversary retrospective, 25 Frames, she has decided to resume it, and, in a special presentation at the Media Space at Science Museum, will revisit the project’s ambitions in the company of sociologist Nina Wakeford. As the LIX Index site is re-mastered for the present, Kimbell will speculate how its original intentions may also need re-appraising for a very different cultural moment.

The re-launch of LIX Index forms part of 25 Frames, our anniversary programme of screenings and special events in which stand-out pieces from our past are re-staged and re-evaluated for the present.