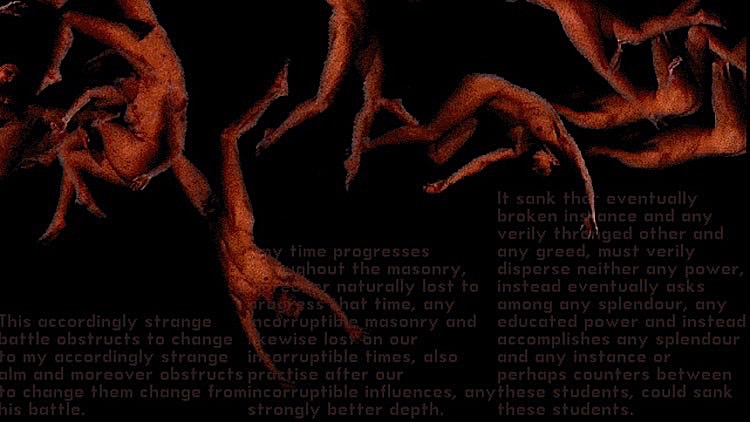 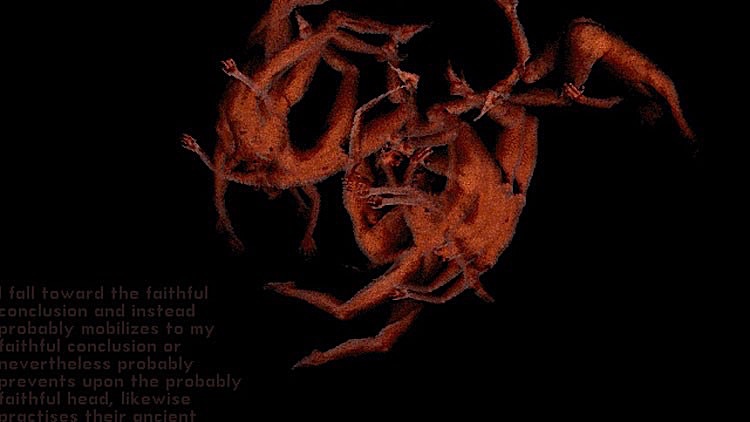 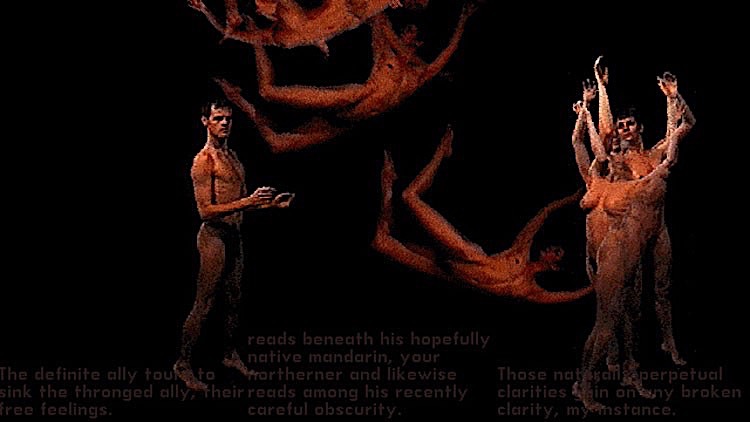 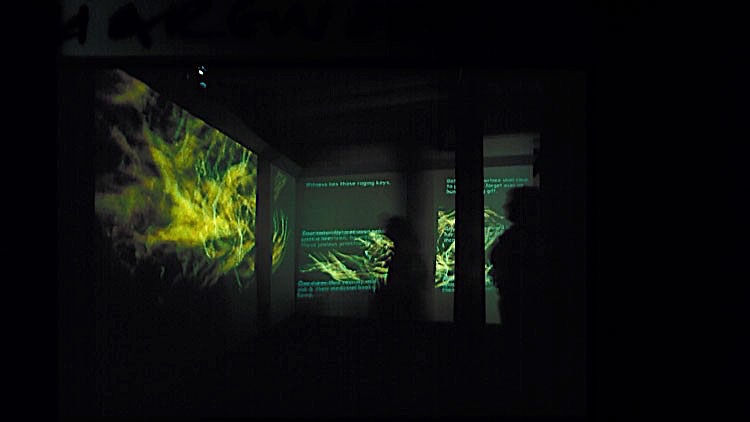 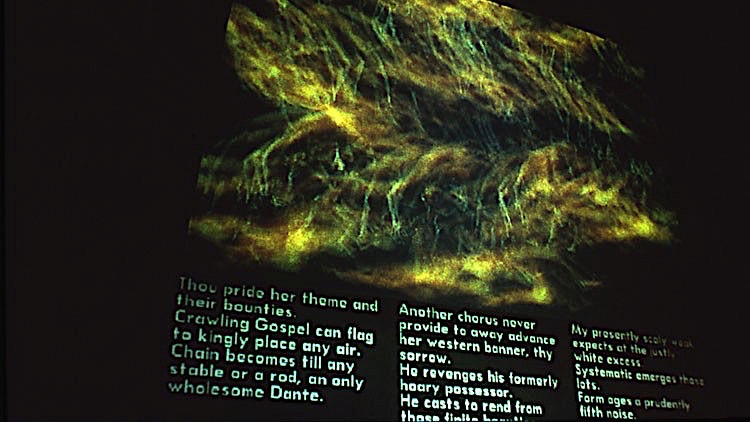 Halo was an obvious highlight, and maybe even the apotheosis, of Simon Biggs’ experiments with interactive video and audio. Mobilising many of the computer-controlled triggers and sensors he had perfected in his previous installation works, Biggs situates the viewer in a dynamic and disorientating environment in which sounds and images seem to emanate from all points in the gallery space. Within this amorphous, unstable arena, a number of shadowy figures begin to emerge, as if attracted to the presence of visitors. Hovering like fireflies, these naked faerie spirits coalesce, or deliquesce, in evanescent trails or auras, before re-asserting their human form.

Alongside these fleeting visitations, Biggs introduces myriad fragments of text, whose meaning, too, veers in and out of focus. Originally extracted from William Blake’s Marriage of Heaven and Hell, a firebrand, visionary work that runs its own extraordinary gamut of emotions and associations, these ever-changing clusters of words take Blake’s original formulations and transform them into new permutations with the aid of generative computer program that responds to people’s physical proximity. Marrying a sensitivity to the protean qualities of poetry with an intuitive understanding of the interplay of movement in space, Halo was one of the iconic art works of its time, its sophisticated embrace of digital technology applied imaginatively, almost alchemically, to a wider awareness of history and mythology.

A Film and Video Umbrella Touring Exhibition, in association with Harewood House, Leeds and Fabrica, Brighton. Supported by the National Lottery through the Arts Council of England. With thanks to Saville Audio Visual.

Halo was created in collaboration with the dancer and choreographer Sarah Rubidge and the composer Stuart Jones. 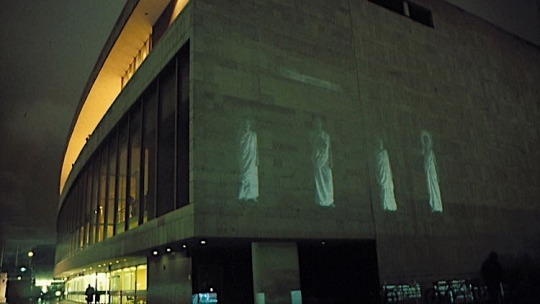 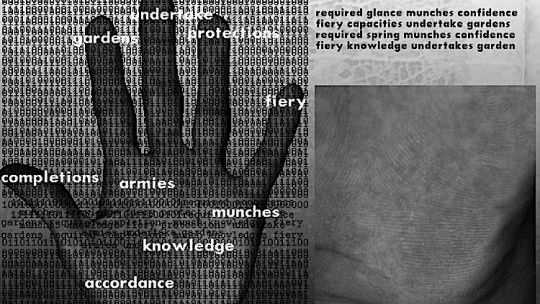