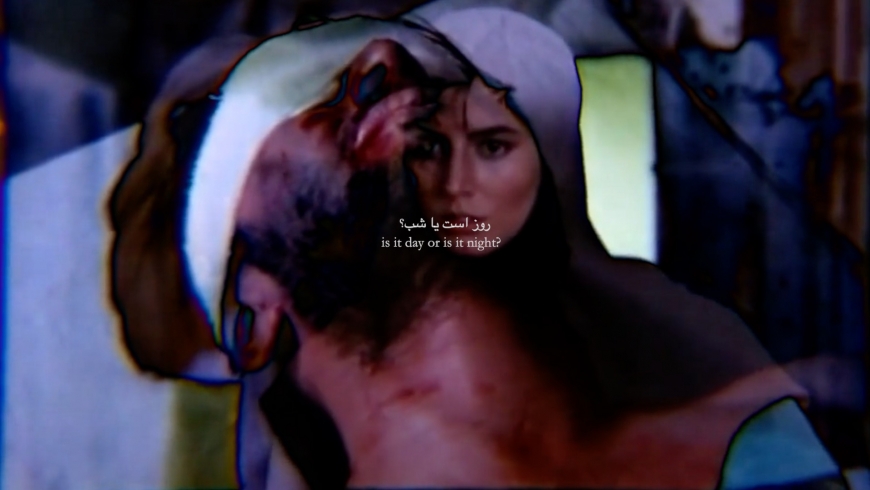 Maryam Tafakory's Nazarbazi screens as part of a joint retrospective with Morgan Quaintance at this year's Dokufest. The film will screen DokuKino, Marin Barleti Prizren, 20000 at 2pm on 7 August 2022.

The title of Maryam Tafakory’s video Nazarbazi translates (from Farsi) as ‘the play of glances’ – a vivid description of the captivating trail of looks and gestures Tafakory unfurls over the course of this twenty-minute found-footage collage. Iranian cinema, since the 1979 revolution, has made a point of never showing male and female characters touching – a prohibition that has prompted directors and audiences to willingly and knowingly conspire in a play of subterfuge, inventing ever-more imaginative proxies through which acts of intimacy can be suggested without being directly portrayed. Nazarbazi is made up of many of these moments; their smouldering surface tension evoking deep undercurrents of desire and anticipation, but also a steady, surreptitious resistance to the prevailing social order and its stifling conventions and norms.

Nazarbazi (2021) was commissioned by Film and Video Umbrella as part of BEYOND #1. 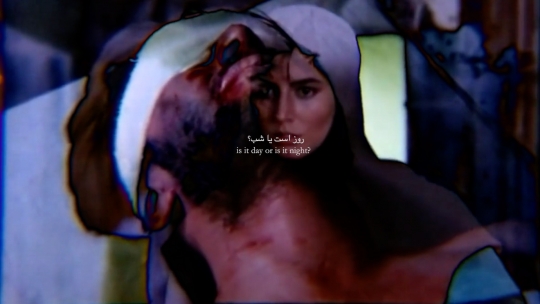