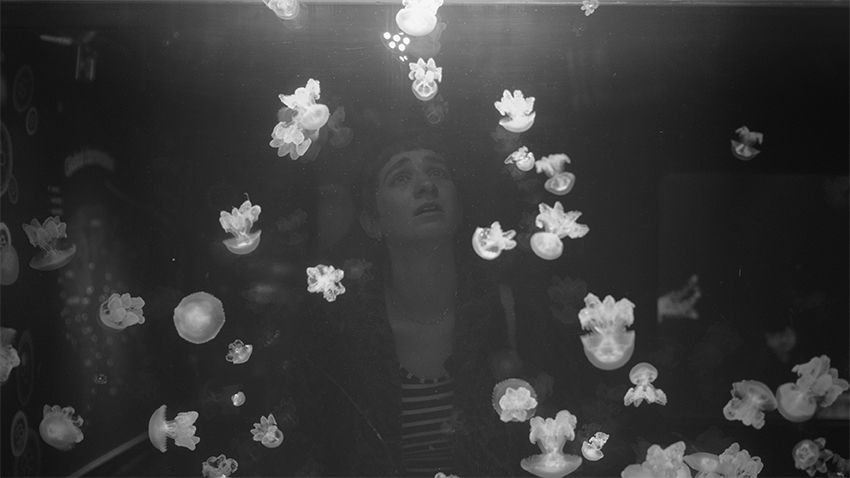 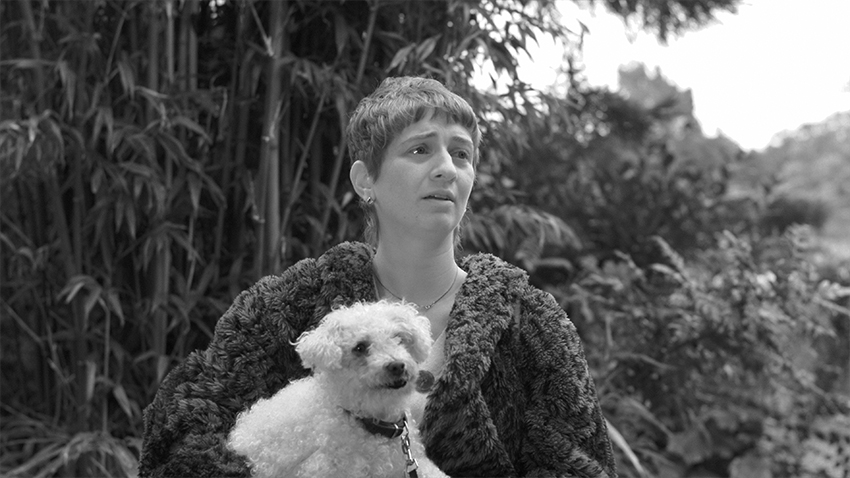 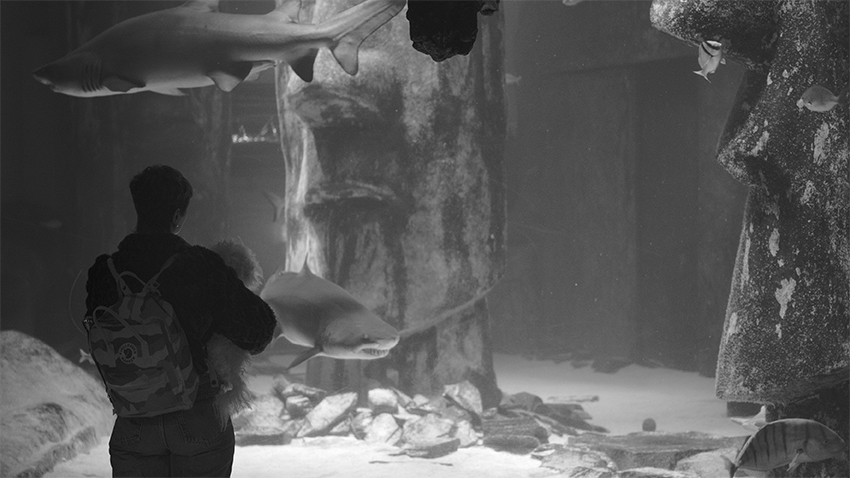 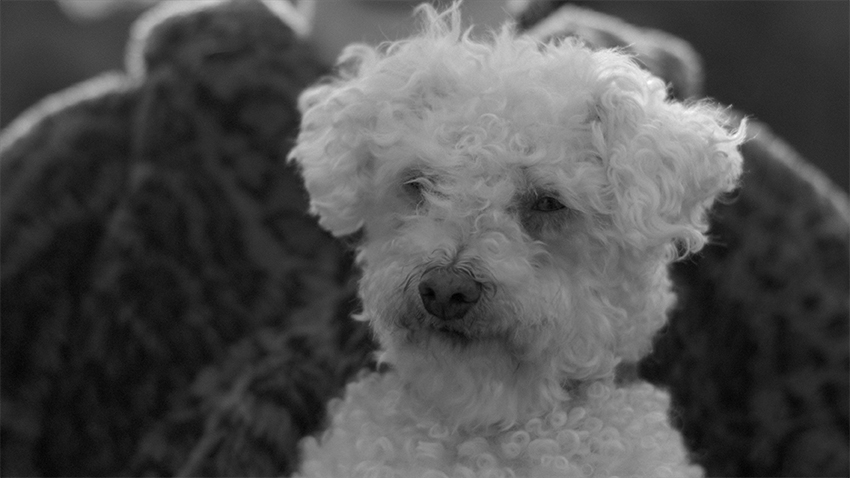 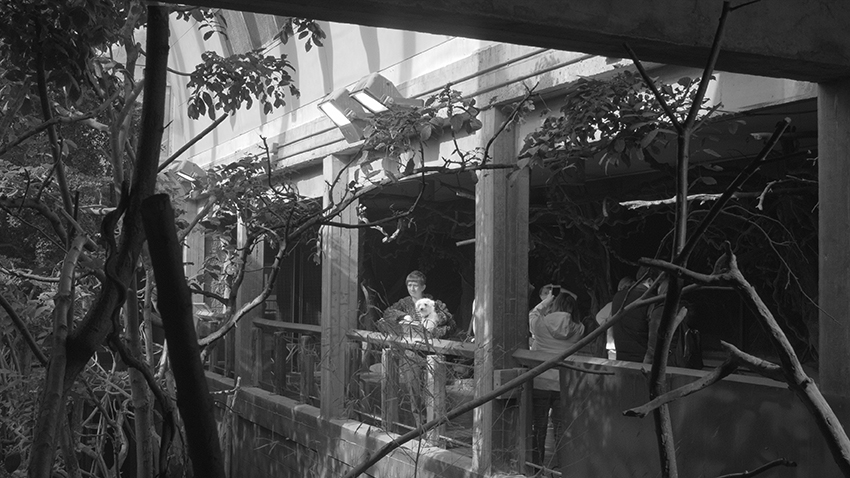 Doctor Dolittle talked to the animals. And the animals duly talked back to him. But none of them had quite the same command of the English language as Whoopsie, the dog in Patrick Goddard’s Animal Antics. The film is set a few years into the future, which may explain Whoopsie’s highly developed speaking skills: a quantum advance in the evolution of elocution from early-stage talking meerkats. The future dateline may also account for the regular references to the global disappearance of wild nature, and the relocation of the remaining rump of the animal kingdom to safari parks and zoos. The dog and its owner spend a wet Wednesday afternoon at one such wildlife refuge. As they do the rounds of the cages and pens, Whoopsie leaves a trail of increasingly off-beam, off-colour comments, sniffily treating each new creature to a verbal leg-cock that sizes it up as either pathetically inferior or suspiciously alien. Pet peeves breed asinine remarks breed monstrous theories, as the dog reveals itself as both absurdly precocious and deeply prejudiced. A miniature lapdog with disproportionately big ideas, Whoopsie’s cute, cuddlesome looks are disconcertingly at odds with its bristly, discomfiting thoughts. A bastard hybrid of Desmond Morris, Johnny Morris and Chris Morris, Goddard’s film is a surreal, black-comic tour de force in which the anthropomorphic antics of man’s best friend offer up a deathly accurate mirror of mankind’s very worst traits.

Read The Young Dog at the Zoo by stand-up comedian, writer and director Stewart Lee who asks whether comedy can ever be art in his essay on Patrick Goddard's Animal Antics. 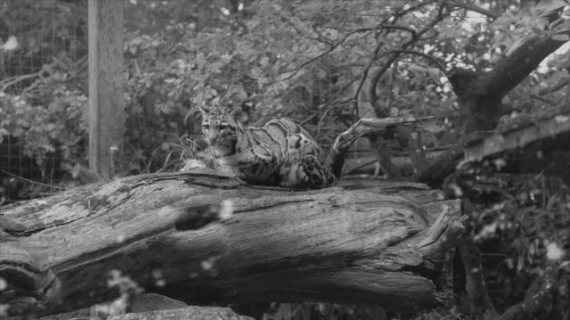 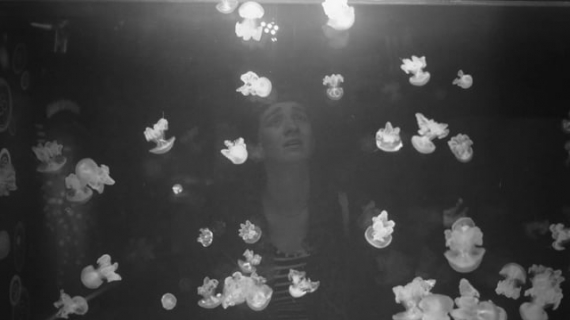 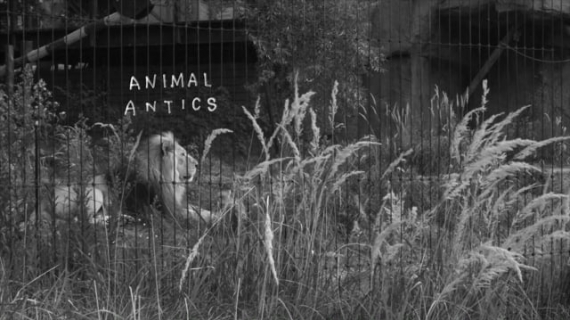 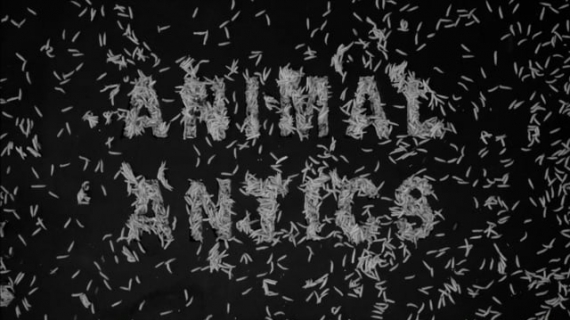 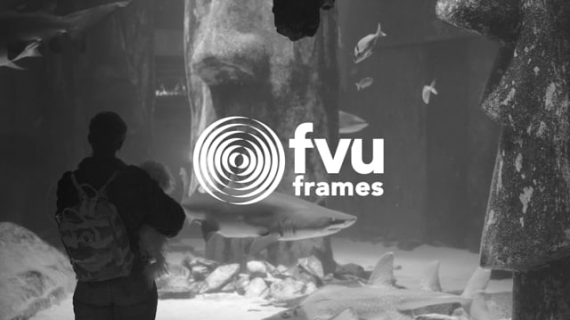 The Guardian | ‘British Art Show 9 review – is this really the art of a country in crisis?’ 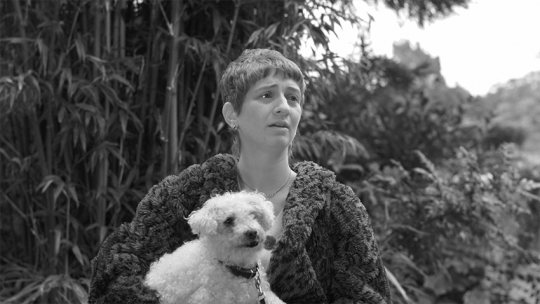 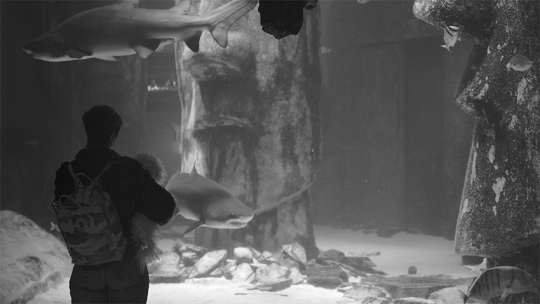 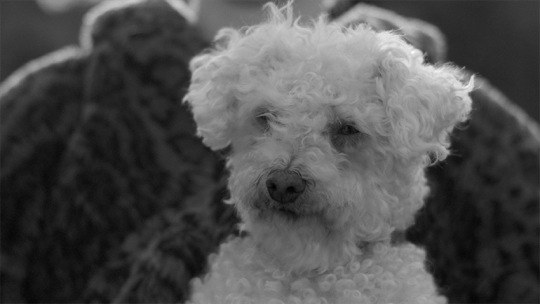 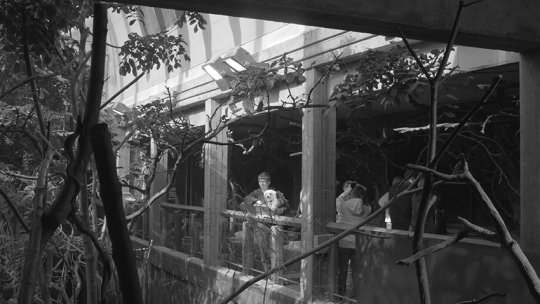